Why the Use of Python Language is growing so fast?

We know that Python is used in:

But what has accelerated its use is the application in

Python applied to the Data Science

This is one of the keys to the exponential growth of the interest in Python. Data Science, one of the best-valued professions, is based on two mathematical languages, R and Python, and thanks to library and frameworks such as PyBrain, NumPy, or PyMySQL.

Using these tools we can collect and classify information, creating scripts to automate processes, and create dashboards.

The rise of Deep Learning, with some framework TensorFlow, has motivated many developers to learn Python.

Python adjusts perfectly when it comes to the implementing foundations of Machine Learning.

Well known, the framework Django is used by Instagram, Pinterest, or the New York Times. Or create the query language, graphql.

Python is used for scripting and automating processes Tools, like Ansible and SaltStak, are well known..

Python is a great first Language. Its learning curve is less rough than others, it has thousands of libraries that allow in a few lines of code to do what we want. It allows you to evolve. It has a great community.

Some final clarification of concepts that we used in this article,

Python library is a collection of functions and methods that allows you to perform many actions without writing your code. For example, the Python imaging library (PIL).is one of the core libraries for image manipulation in Python. Unlike an executable program, the behavior that implements a library does not expect to be used autonomously (a program does: it has a main entry point), but its purpose is to be used by other programs, independently and simultaneously.The Framework, on the other hand, according to wikipedia, is a defined conceptual and technological support structure, usually with specific artifacts or software modules, which can serve as the basis for the organization and development of software. One of the main advantages is not writing repetitive code. 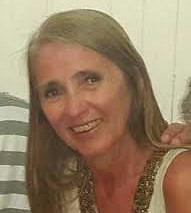